Give The Little Guys & Gals A Chance

There’s a new kid in town and you should get to know its initials --- ICWA.
That’s the Independent Consignment Wine Agents.
They’re a co-operative venture-sharing bunch of people bringing you beautiful artisan wines that are quite simply off the grid as far as regular LCBO store-buying goes.
This important new group offers portfolios of wines and spirits via the Consignment and Private Ordering warehouse of the LCBO.
By joining together, they hope to get more TLC, service and information from the LCBO than they could hope for as small individual players.
Drinks Ontario is the grouping of large Ontario agents and is seen as getting the lion’s share of the LCBO’s attention. As small independents, the new group feel they don’t always hear about everything going on in the industry even though these little guys and gals are actually a majority, some 70%, of wine agents in the province.
It’s very difficult for everybody to get your wine listed in Vintages and you have to be a different animal again to get into the General List, wines carried in all the Board’s 872 stores.
However, the LCBO isn’t the only game in town.
If you want off the grid wines and spirits from France, the Douro or the Duero, call Laura Dijana Higgins at 416 919 9994 (Amethyst Wine Agency, www.amethystwine.ca); for the best of Italy, France and Germany, Mark Jacoby, markjohnjacoby@gmail.com; indigenous Italian wines are a specialty of Mondo Vino, Danny Castricone, 647 525 8466; Violet Hill Wine Imports has a great range of Loire, Jura, Alsace and northern Italy, dee@violethill.com; Wharton Fine Wines offers old world classics and exciting new world vintages, www.whartonfinewines.com. 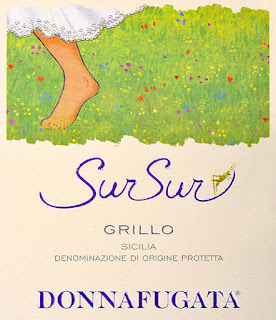 This collaboration of small independent agents has already moved things forward and benefited everyone within the first six months.
It’s all about communications, at store level and with the LCBO’s head office operations, and getting things to work more smoothly for everyone.
“We’re the liaison between the stores and the admin level implementation, giving them feedback so they can actually fix any flaws in the system. They’re not shutting us out. They’re embracing it as well," says Laura Dijana Higgins.
Down the road, look for more e-commerce online emphasis and more direct selling. Stay tuned!

What am I drinking right now? Tancredi 2012, gorgeous bold autumnal red blend from the fine Donnafugata estate in Sicily, one of my favorite wineries and one of the very best on this fascinating island.
It’s a very polished savoury blend of Cabernet Sauvignon and local hero Nero d’Avola and it’s a full 90-pointer. From Lifford Wines at $44.95 and worth the effort: 416 779 4101. Black plums, mocha, garrigue herbs, pencil lead and black currants. Gorgeous. Age-worthy and lovely now with a fine rare steak. Yum!

The LCBO is offering two other fine Donnafugatas: a mellow Nero d'Avola red, Sedàra, showing black cherry, cassis and plum, white almonds and hazelnut, $16.95, as well as a crisp white SurSur made from the ancient indigenous Grillo grape, $22.
at September 18, 2017 No comments:

Next Time Take A Cab! 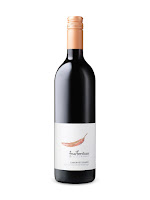 Cabernet Franc gets no respect! One of the world’s great wine grapes, it’s overshadowed by its own lovechild, the lordly Cabernet Sauvignon. A real insult, since Cab Franc is the parent (with Sauvignon Blanc) of Cab Sauv as well as Merlot and Carmenere.
Usually blended with Cab Sauv and Merlot in Bordeaux, CF goes solo in the Loire, in Canada, the US and northern Italy. Those CF varietals have more finesse than lean, austere standalone Cab Sauv.
CF offers a peppery bouquet and nuances of pipe tobacco, ripe raspberries, green peppers, cassis, and violets. It can also embrace spice and smoke, rich, elegant and mouth-filling, with black plum, cocoa, cola, blueberry and blackberry, often with fine oaky notes.
It ripens earlier than Cab Sauv and is treated as insurance in Bordeaux against bad harvest weather. In cool Ontario, it ripens sooner and is a safer bet than CS.
In the naïve early days, I remember Ontario winemakers defending their first green, unripe vintages as “typical” until they enjoyed a hot summer, picked later, and discovered CF’s true virtues.
It’s heavily planted in Niagara, Prince Edward County, Lake Erie North Shore, Pelee Island, and the Okanagan.Ontario Cabernet Francs to look for include: Chateau des Charmes, Featherstone, Stratus, Marynissen, Vineland, Redstone, Pillitteri, Southbrook, Megalomaniac, Cave Spring, Tawse, Norman Hardie. 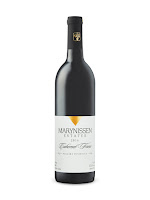 The world’s most prized/pricey Cabernet Franc is the Bordeaux star Chateau Cheval Blanc from St-Emilion. 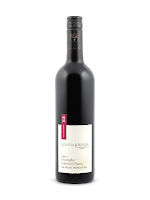 Plantings in Tuscany have been increasing, particularly in Bolgheri and Maremma, often labelled simply "Cabernet" although Torontonian Elvio del Sorbo has a beautiful biological vineyard called Villa Le Torri near Cevoli that yields small amounts of gorgeous 100% Cabernet – it’s available though B & W Wines. The wine is made at nearby Sangervasio, which produces a wonderful Cab Franc of its own. Talk to B & W at www.bwwines.com.
Cabernet Franc has many aliases: Tsapournako in Greece, Verdejilla Tinto and Achéria in Spain, Bordo in Romania, Fer Servadou, Breton and Carmenet in France, and a gazillion others! You should get to know them!