My Vintages Picks For July 8 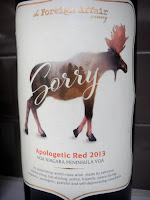 You know that Canada has really come of age when we grow an Ontario wine called Apologetic Red to go with our very own Wildass Merlot.

The Wildass? From top-drawer Stratus Vineyards, also Niagara, this critter’s far more elegant, drier and better priced at $16.95 in a wild strawberry, black pepper, blackberry and cocoa vein. For the really good steaks (92).

For an excellent white for the 150th, Hidden Bench Estate has a finely oaked $29.95 Chardonnay that’s stony and crisp, sporting fresh orchard fruit and fine minerality (91). That, along with Southbrook’s peach-apple-pear-nuanced Triomphe Chardonnay, $24.95, (92) and you’ll be well prepared for big birthday bash. 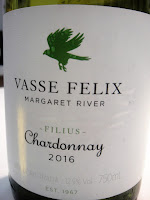 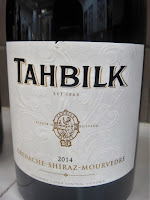 * Slogan of the week: Because You Can – from mason jar maker Bernardin.

The Wacky World of Brit Beverages


Vodka from cow’s milk, vodka with toffee, whisky from Wales, whisky from Sassicaia barrels, beers from ferrets and hobgoblins!

That’s the wacky world of British beverages…
Let’s meet them:
Black Cow Pure Milk Vodka. Creamy smooth, clear and delicious, from grass-grazed cows. Crystal clear, it’s made by separating the whey, then fermenting it into beer.
This is distilled and triple filtered. Voila! The vodka retails at $49.95 in LCBO stores. Black Cow Cheddar is available, too. Mootini, anyone?
Fursty Ferret is named for the furry little creatures and their penchant for sipping this tawny amber ale inside the 7th generation brewery.
Fursty is how they say parched down in Dorset! $3.65 a bottle in The Beer Store. Moreish and malty with a lovely roasted hazelnut, Seville orange, hops nuance and some elegance.
Thunder English Toffee + Vodka, said to originate from Val d’Isere in the Alps, it’s triple distilled grain vodka and a natural toffee syrup from cane sugar. Simple ingredients, subtle creamy toffee against ice-cold vodka. $23.95 375ml.

Wine fans will fancy the Speyside malt Benromach that’s aged in Sassicaia barrels, a hundred bucks and half the price of the fine Tuscan red wine that first occupied the butts. Lovely smooth drop of malt with ethereal hints of dark berry fruits.
Meanwhile, don’t get your leeks in a knot, there’s a whisky from Wales, too: Penderyn Legend, $62.60, finished in Bourbon and Madeira barrels, subtle apple/citrus and dried fruits. From the land of Merlin and Dylan Thomas and created on the foothills of the Brecon Beacons, don’t you know! Stills have been found in Wales dating back to the 4th Century.
Hobgoblin Gold beer comes from the Wychwood Brewery in Oxfordshire, Britain's biggest brewer of organic ales. The Gold has an infusion of wheat with the barley that gives a refreshing midweight beer with a hefty hop punch, $2.75 a 500ml can. The goblins haunt the nearby Wychwood Forest...
at June 27, 2017 No comments:


Four very rare bottles of 19th Century Château d’Yquem are up for grabs at Bonhams’ auction in London next month, according to The Drinks Report, and they’ll fetch between £5,000 and £6,000 each.

They’re from an “English Country House”, where they have been lying peacefully in the cellar  for more than 50 years.
The 1869 is one of the great vintages of the 19th century in Bordeaux, especially in Sauternes. The vines flowered 5 June after a hot April and the summer temperatures were “extreme”. The harvest took place from 24 September to 22 October and the average-sized crop was of extraordinary quality.
Bonhams’ Richard Harvey MW says: “This is a great vintage of the world’s most revered dessert wine. It has been described as perfect in its concentration and balance, and those fortunate enough to have tasted it have praised its lingering freshness and staying power nearly 150 years after it was produced.”
Also in the sale are four bottles of 1840 Grande Fine Champagne Cognac (£500-600 a bottle) and a bottle each of 1874 Verdelho and 1875 Boal Madeira (£400-500 apiece).
Almost ho-hum by comparison, there are lots of collectibles such as red Burgundy from Domaine de la Romanée-Conti (including two cases of 1972 La Tâche, a half case of the 1980 and six bottles of 1974 Romanée-Conti) and a case of Georges Roumier Morey St Denis Clos de la Bussiere 1978.
Other red Burgundies hail from domaines such as Dujac, Henri Jayer, Rousseau and de Vogüé and plus white Burgundy from Coche-Dury, Leflaive, Comte Lafon, Ramonet and Roulet.Claret lovers can compete for cases of 1982 Mouton-Rothschild, 1988 and 1999 Le Pin and 2005 and 2006 Lafite.
at June 22, 2017 No comments:

Years ago, I had dinner with Don Miguel Torres at his elegant apartment in Barcelona.

Under the gaze of Picassos and Chagalls, the old gentleman mused about visiting South America as a very young man to market his family's wines -- travelling everywhere by mule and packhorse.

The sea journey alone had taken almost a month.

By contrast, he said at dinner: "Last week, I went to New York for a business meeting and I was back home again almost before I left -- flying by Concorde, from Paris"

"Just in my own lifetime," he observed thoughtfully, "the world has progressed from mules to putting a man on the moon!"

I think it was Alvin Toffler who wrote that the pace of change is getting faster...

I was reminded of all this recently by a terrific bottle of white wine: the delicious Las Mulas Sauvignon Blanc Organic.

It's made by Don Miguel's son Miguel A Torres, the fourth generation and a noted wine author, on the family's Vina Santa Digna Estate at Curico in Chile's Central Valley. 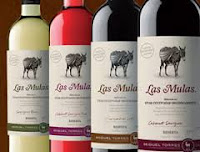 Don Miguel died in 1991 and  Miguel A. has run the worldwide family business since. Miguel A's own son, Miguel Torres Maczassek, the fifth generation, is General Manager. This powerhouse winery based in Vilafranca del Penedes, near Barcelona, has led the way in Spain, pioneering temperature controlled fermentation and aging in new French oak barrels, Bordeaux-style.

Torres has, over time, brought us household wine names from Spain, like Sangre de Toro, Vina Sol, Vina Esmeralda and De Casta as well the the great Torres brandies.

Yes, time really does fly: but there's always a moment for a good glass of wine!
at June 12, 2017 No comments:

Summer's now on everyone's radar and so's Canada's hottest category of wine to go with the juicy burgers and practically everything else!

A couple of great new dry rose choices for sipping, savoring or slurping are here now from our good friends at Chateau des Charmes in Niagara.

Fresh, fun, delicious and utterly elegant, Cuvee d'Andree Rosé 2015 is a welcome re-release of last year's Ontario Wine Awards Gold medal winner. Made from 100% Pinot Noir, it has vibrant color and tastes of wild strawberries fresh-picked from the fields.

It's $15.95 and there are just 120 cases available, at grocery stores, the winery, Toronto and Ottawa retail boutiques and www.fromtheboscfamily.com

The 2014 Rosé Sparkling, a 50/50 blend of Chardonnay and Pinot Noir, is made by the traditional method, Champagne style, second fermentation in the same bottle, and spent two years resting on the lees before being disgorged by hand.

A staggering 150 billion glasses of wine are enjoyed every year, mostly vino grown in Europe, and a good chunk of it is consumed in (wait for it...) the Vatican!

At 54 litres per person annually, it’s the world’s highest per capita consumption. Who knew?
at June 04, 2017 No comments: